Lampard In Running For Award: Get Voting! 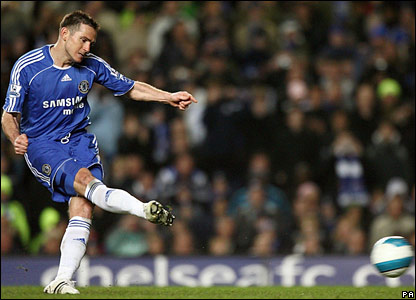 January’s contenders for the PFA Fans’ Player of the Month Award have been announced and Chelsea’s Frank Lampard is deservedly in the running.

Lampard, who is currently stepping up as captain in the absence of the injured John Terry, has definitely been leading by example. First, scoring a late winner in our fight back against Stoke and more recently, wrapping up a 3-1 win over Ipswich with a superb free-kick late on. So get voting for him!

The contenders from the Premier League are:

Voting closes at midnight on January 31, so you’ve still got five days to do it here.

Spurs Get Cudicini On A Free
Another Want-away Striker?